Growing up, some girls lived and breathed Barbie. For me, it was all about my imaginary friend, Fuga, and Cabbage Patch Kids. No matter who your partner in crime, you likely relate to an affinity of dressing them in various fashion trends and exercising the creative expression of your early fashion ideas multiple times in a solo playdate.  I created a mix and match fashion looks for the pretend venture of doctor appointments, budgetless shopping,  an occasional movie and of course- the exclusives: high tea or a beauty pageant competition. Yes, they got around.

Driven by the reward of getting new clothes for the dolls when I behaved, they boasted quite the fashion collection. As early as back then, Mom attempted to discourage me from buying outfits that distinctively resemble other fashion looks already in their collection. At times she won, other times not so much. While those memories are fragments of a series of initial memories depicting the developing of my own taste in personal style, decades later, I’m still drawn to the same basic cuts, colors, and fashion styling.

As long as I can remember, I opted for neutrals, less black then (too much now), with oodles of tan, camel, and ivory with an occasional pop of color. Often never veering far from a red or olive/army green hues.  So, thank goodness for seasonal fashion trends that inspire me to swank up, accessorize and offer a refreshing remix to my own DNA encrypted personal style.

By five, I’d fallen in love with intricate lace, clam diggers, button downs with rolled sleeves, worn-in denim and gobs of jewelry.  Never understood the method to my personal style madness but its certainly a very contrasting blend of a tad tomboyish meets feminine goddess. I guess it’s an expression of both my feminine and masculine energies that I’m well aware, noticeably fluctuates from time to time. In my quest to remix one of my favorite fall clothing colors,  I traded in traditional army green, military-inspired (I’ve rocked forever) looks for a mutated less saturated tone. In place of cargo and slimmer cuts, I opted for a tuxedo-inspired wide leg (click for a similar look) I stumbled into at TJMax which dangles slightly above my ankle bone. Its textured fabric is incredibly soft and highlighted with subtle hints of pink undertones. I love how they’re fitted to my natural waist before gradually flowing out over my hips. I chose a light pink cutout sweater (click for a similar look) in a tone that highlights the soft pink from the pants. Topping the look off, I opted for patent leather nude Pigalle Follies, and as a good luck charm- my fave Gucci Dionysus GG canvas wallet. 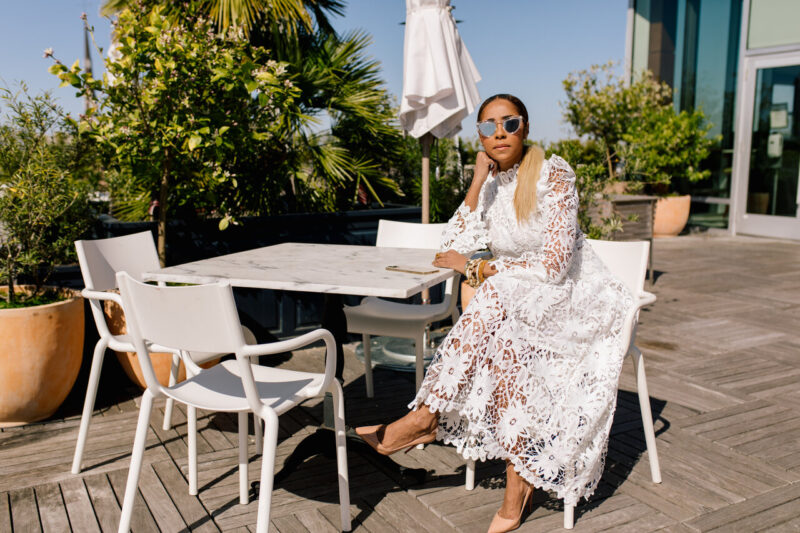 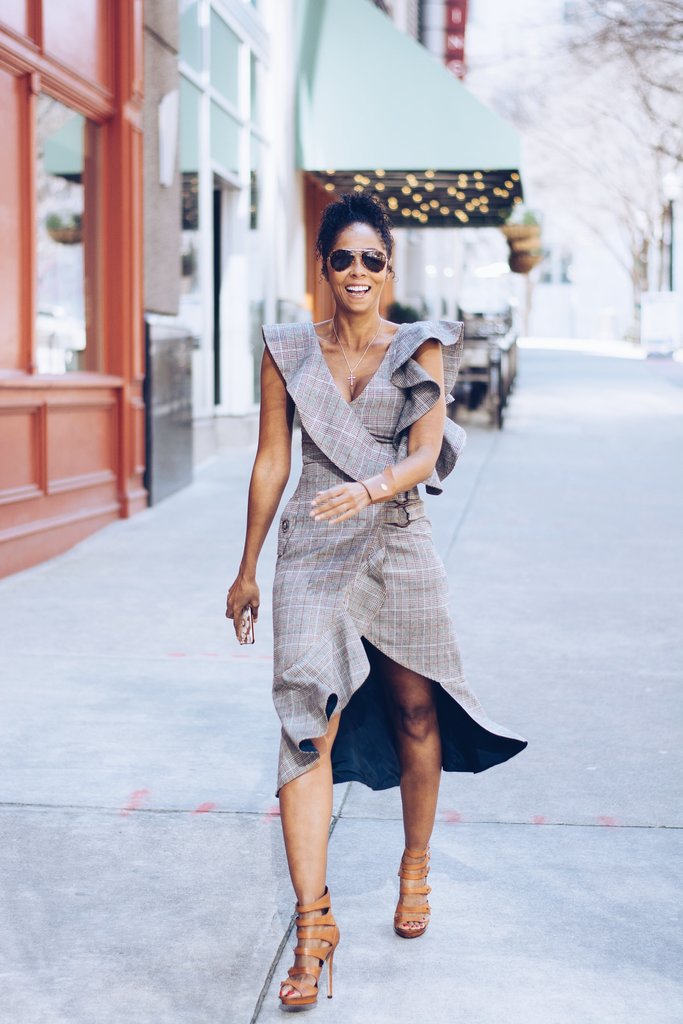 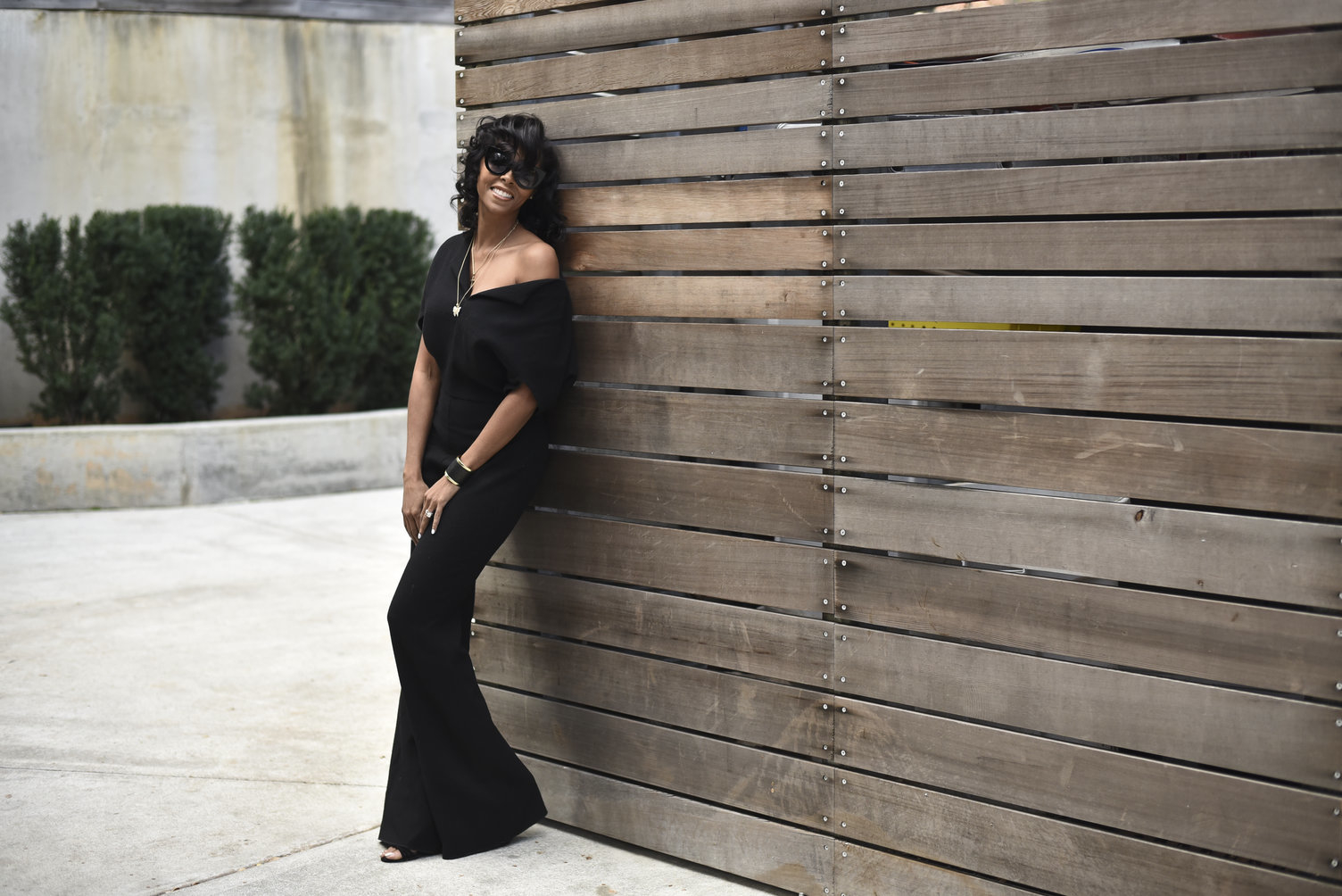 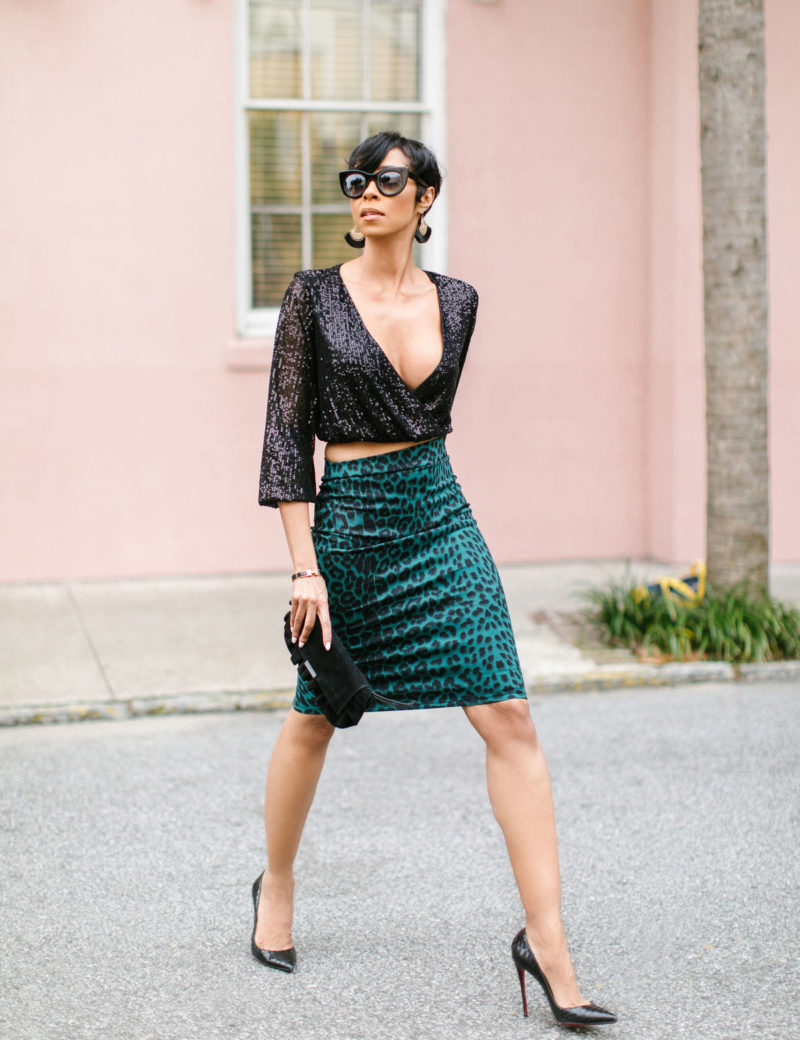 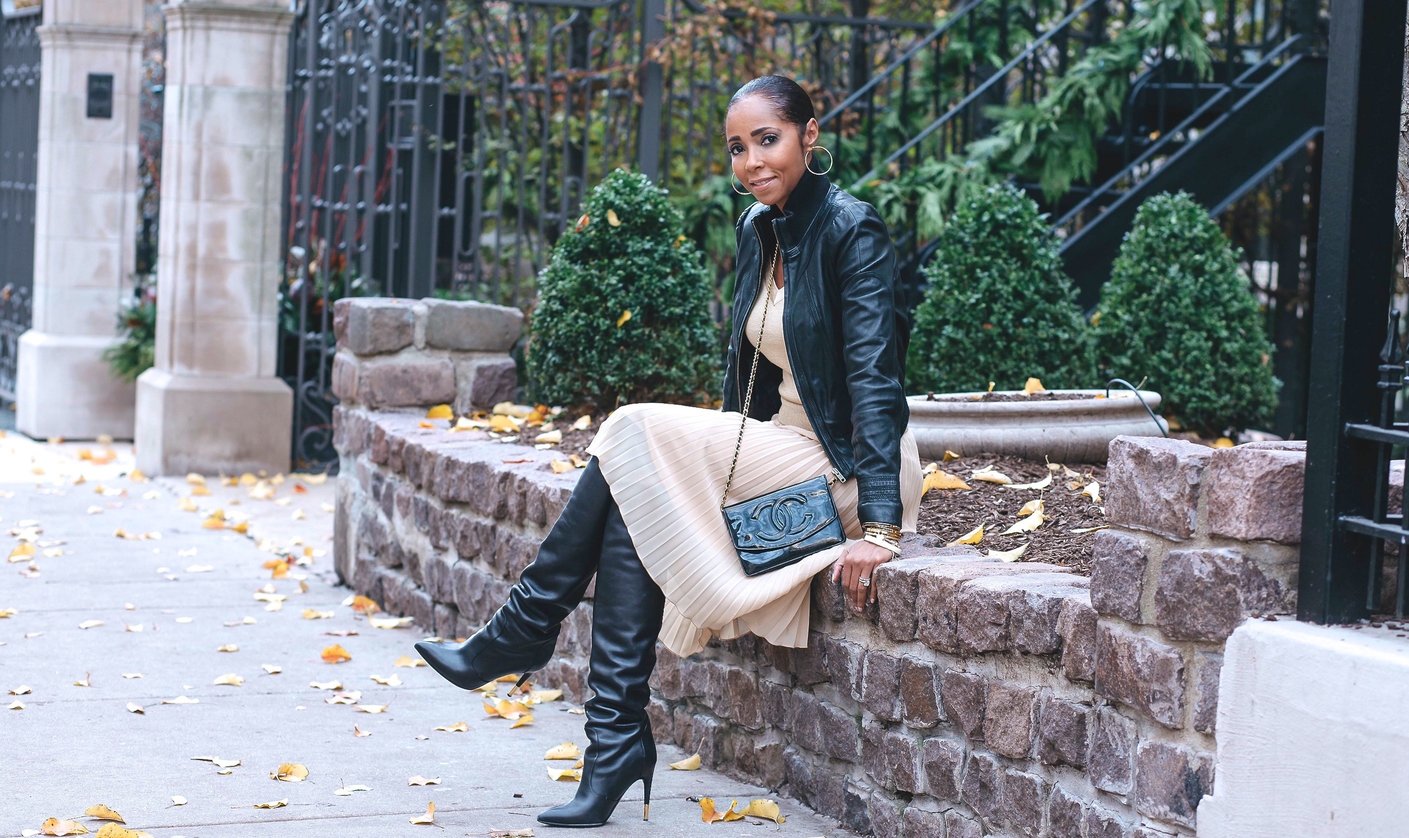 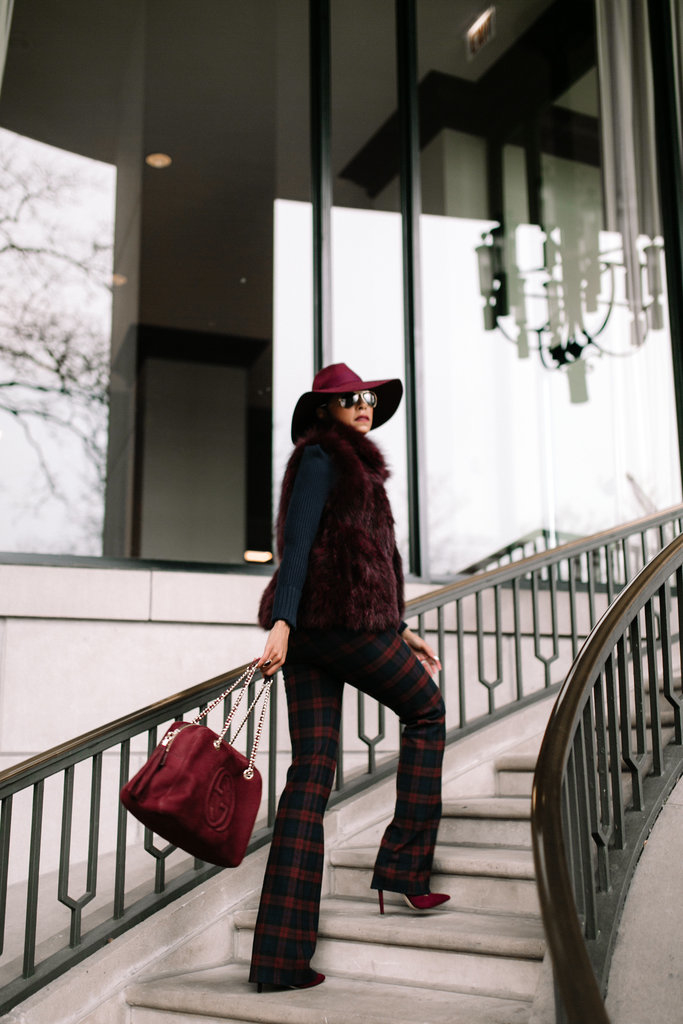 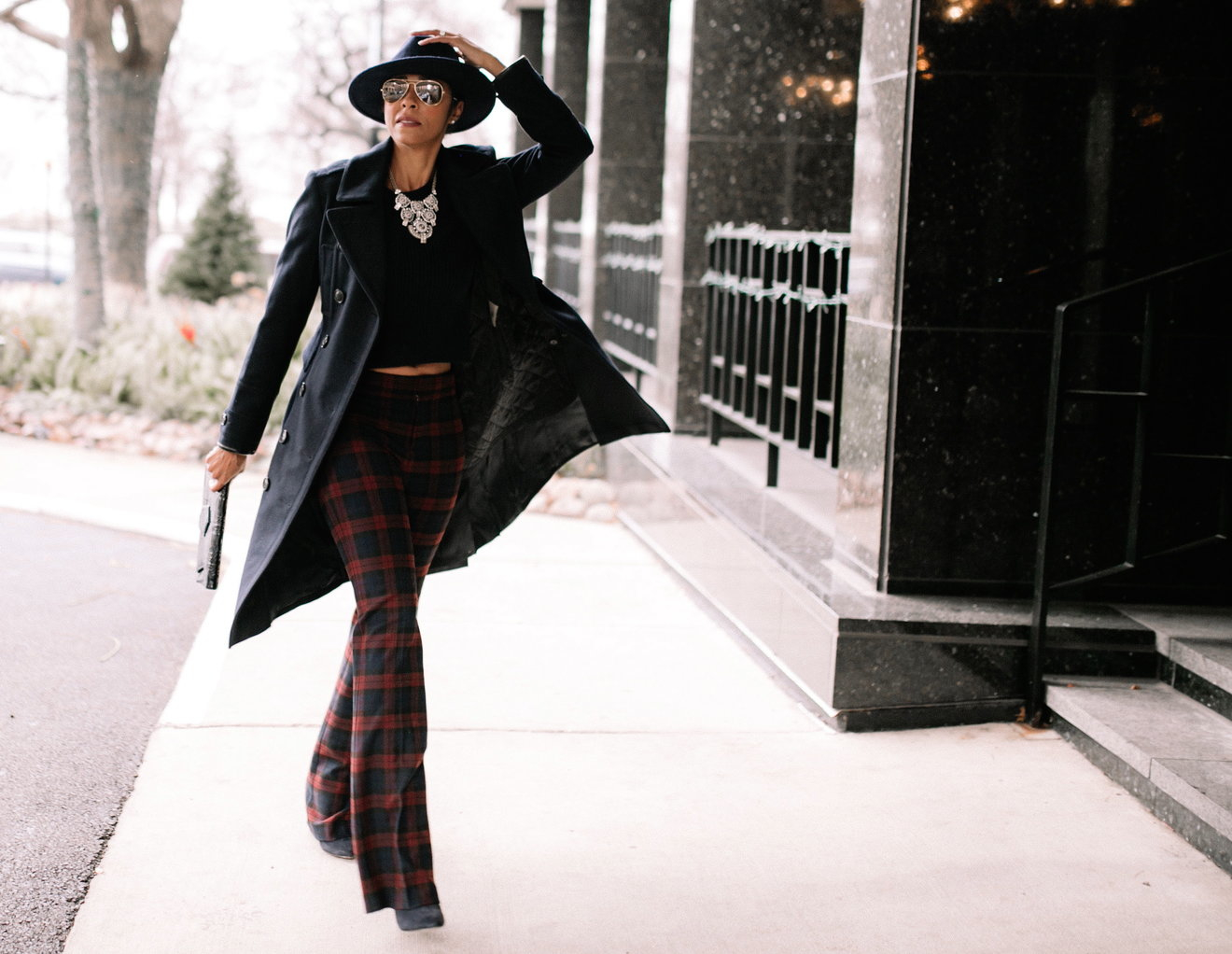 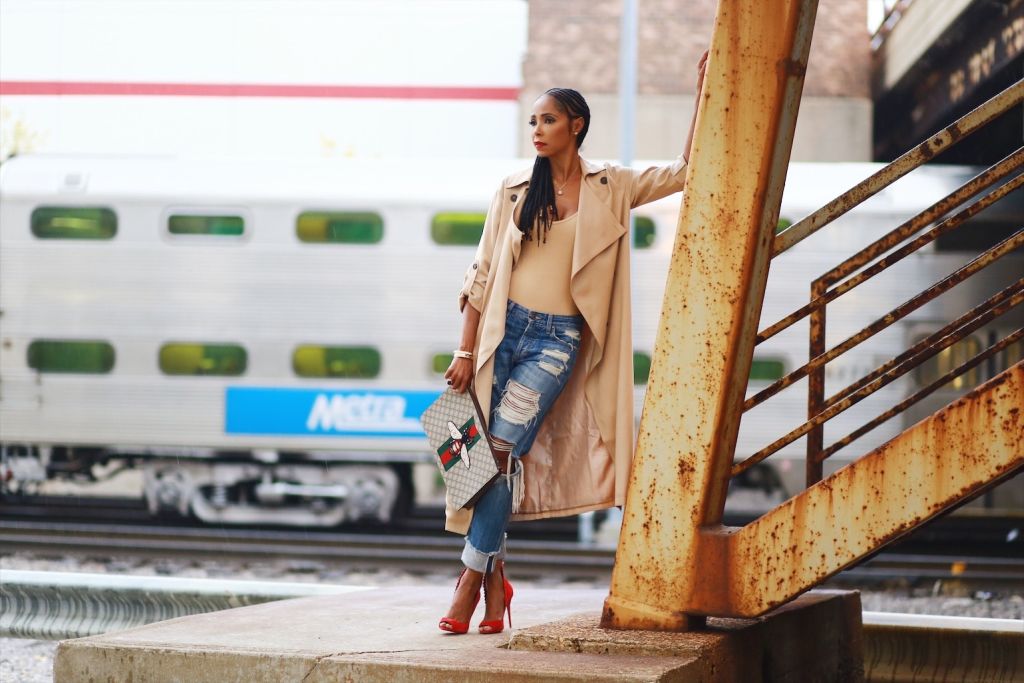 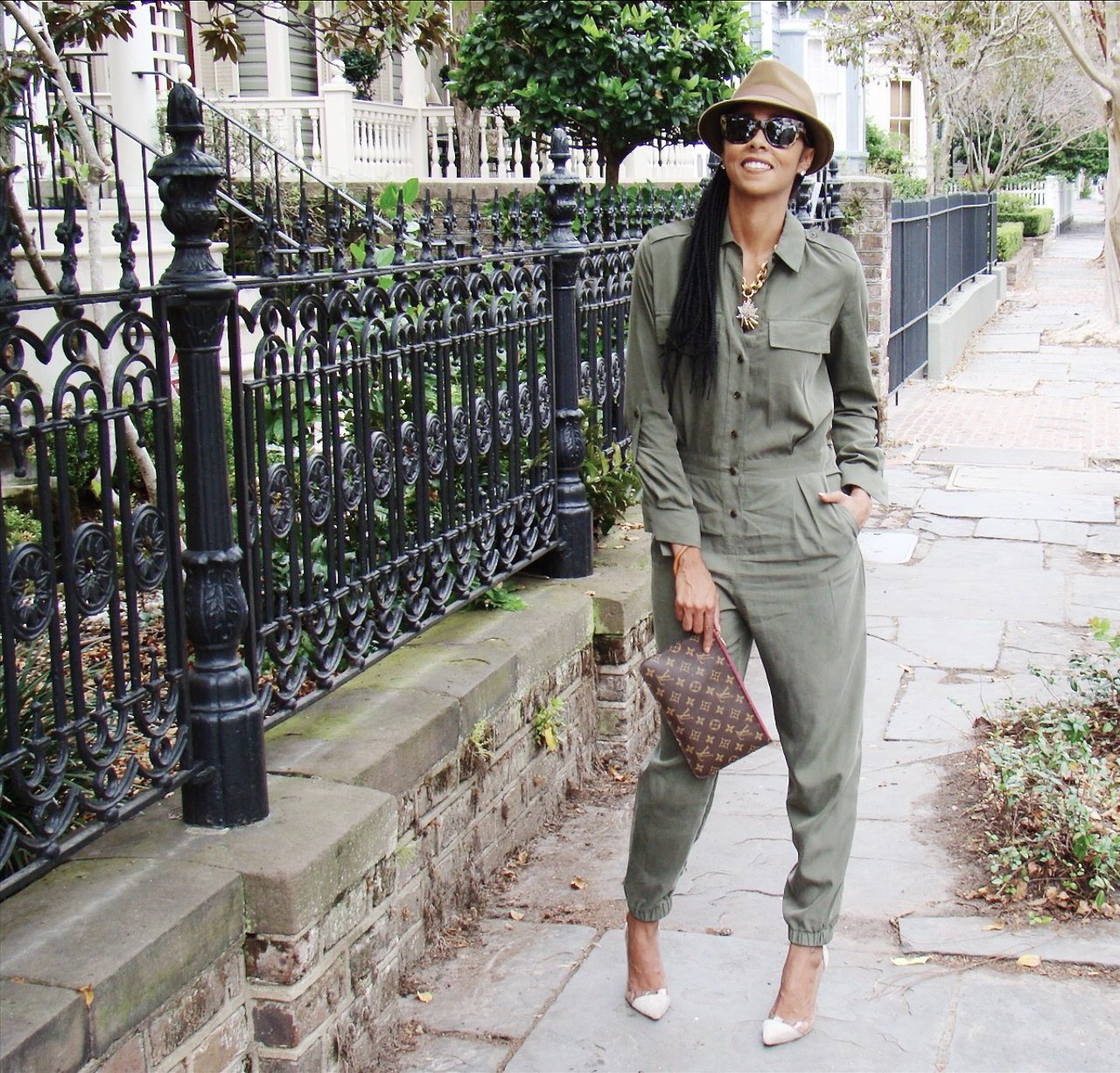 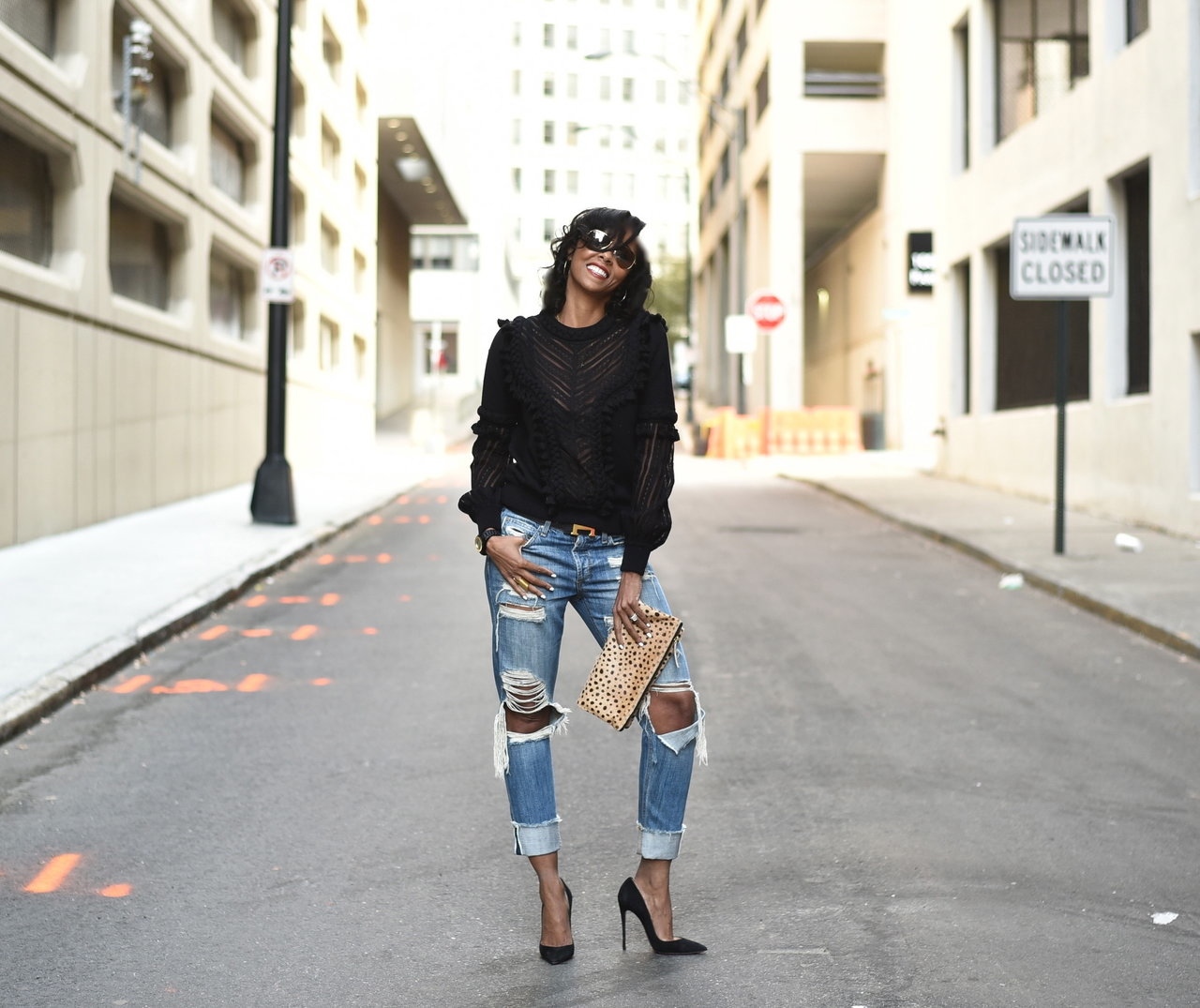